And let’s not forget that the international airport of Corvera, is just 15 minutes away from downtown Murcia.

Murcia is a province where history, culture and pristine nature coexist with a vibrant society.

The SOUTH field is located at the center of a valley and has elegant palm trees on each path, along with the lakes appearing at the 15th and 18th holes : 18-Holes / Pair73 / 6.499 m

The WEST course is located on a side of a mountain and because of this it is more difficult to play than the rest of the courses.  Many traps are in the field and require a high degree of precision. 18-Holes / Pair 73 / 5.971 m 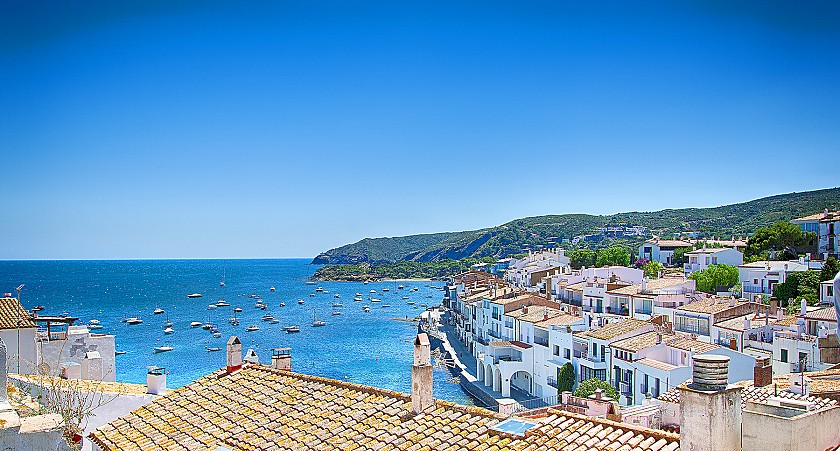 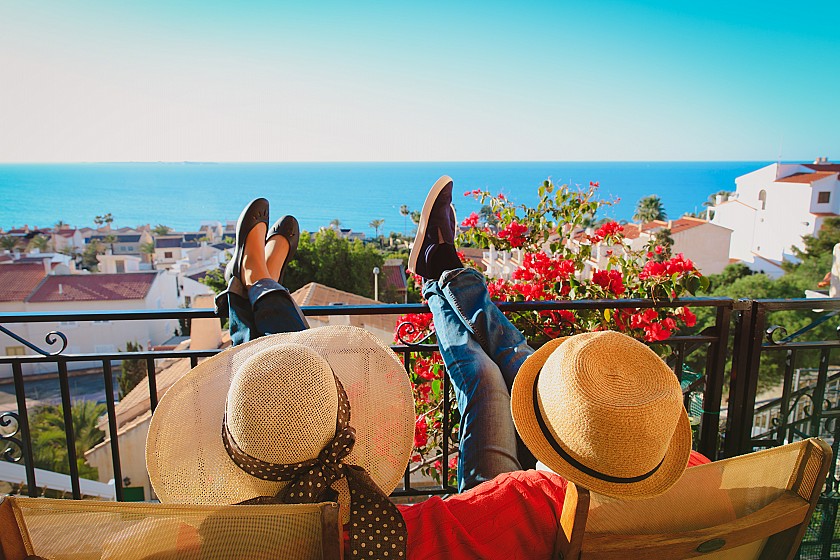 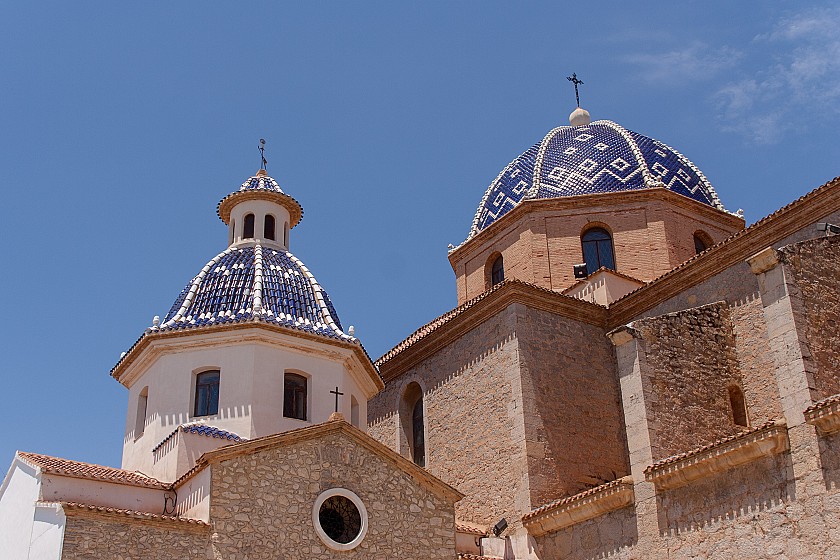 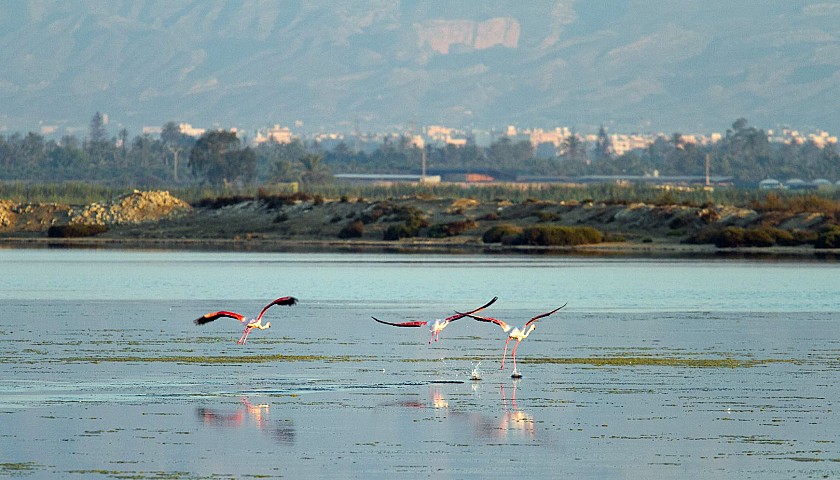 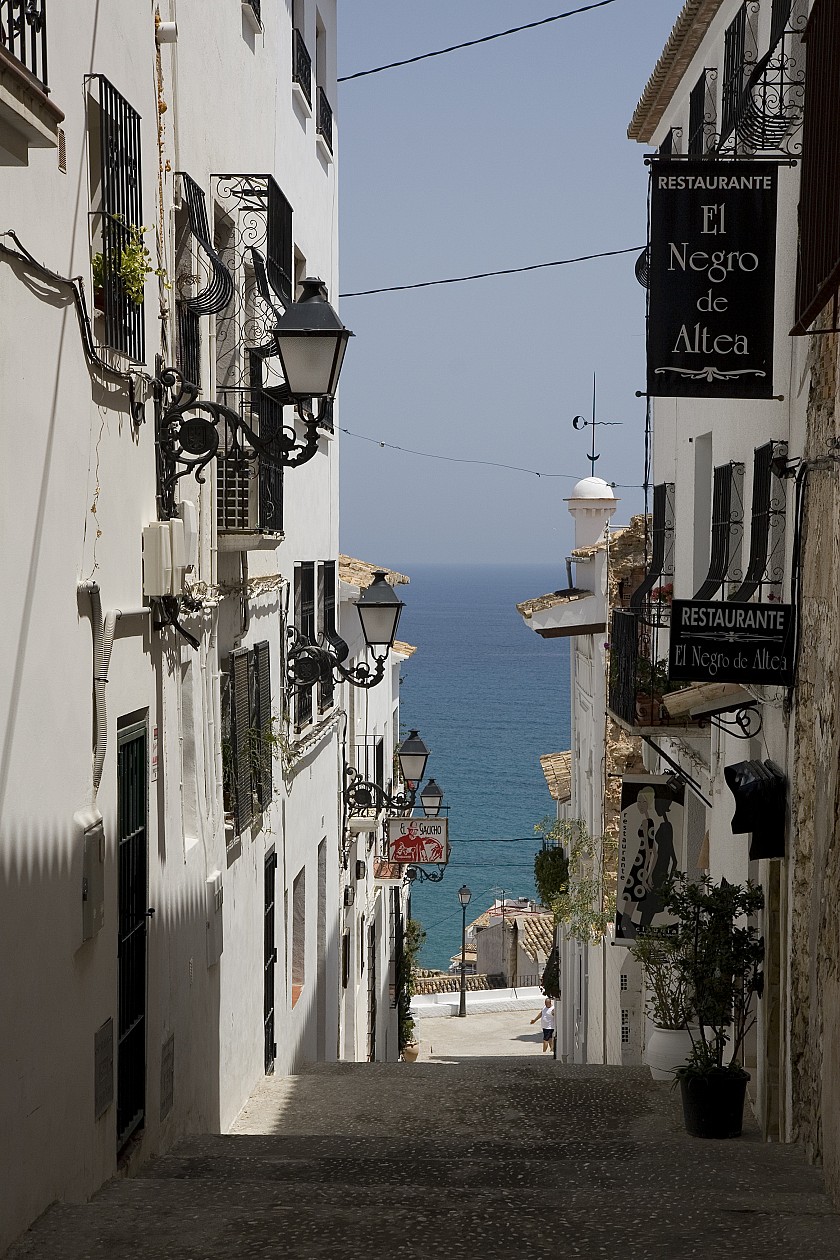 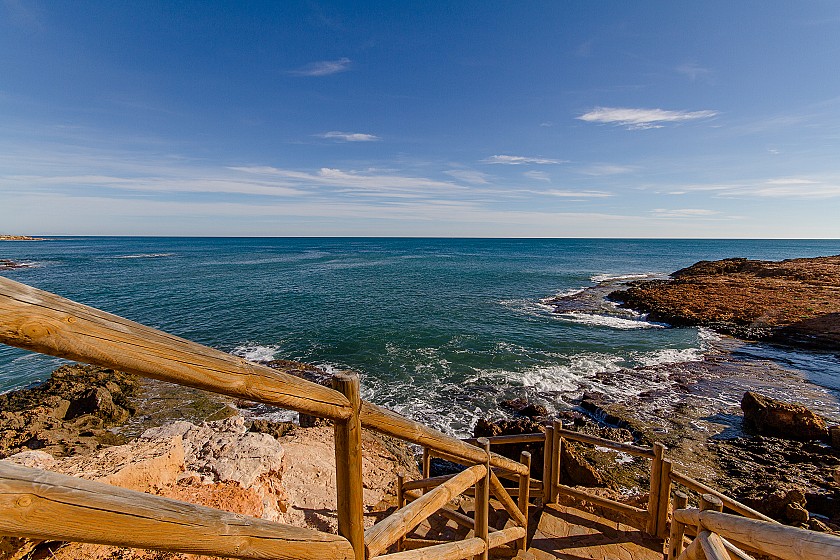 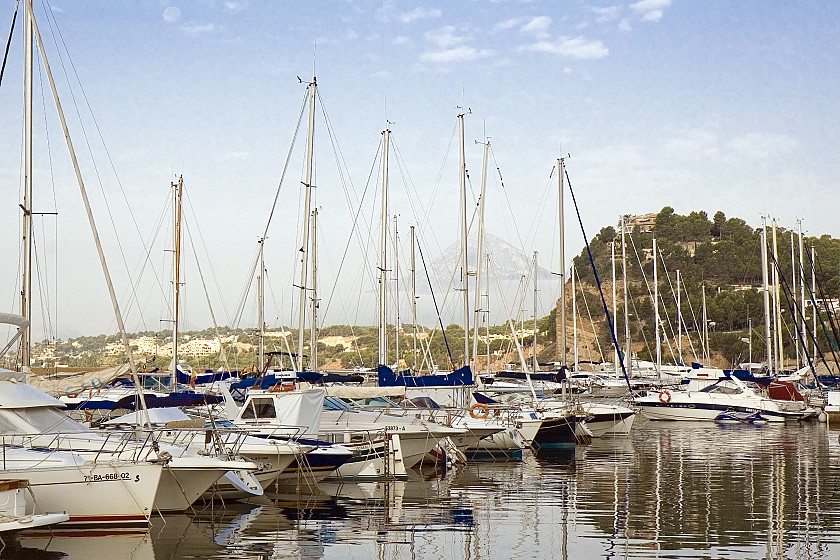 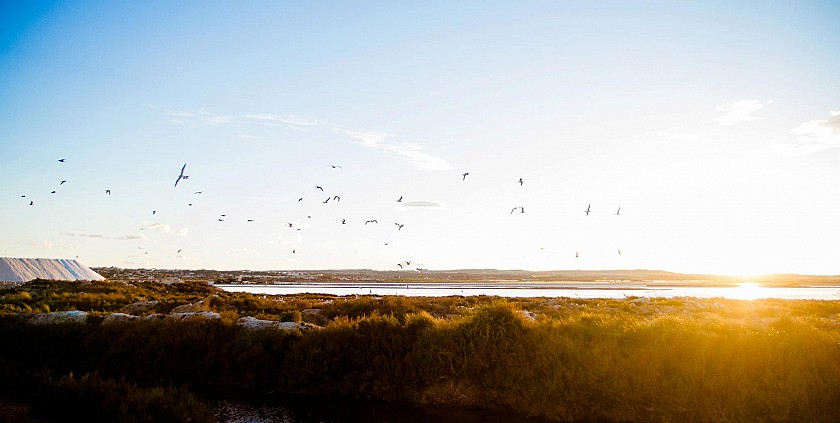 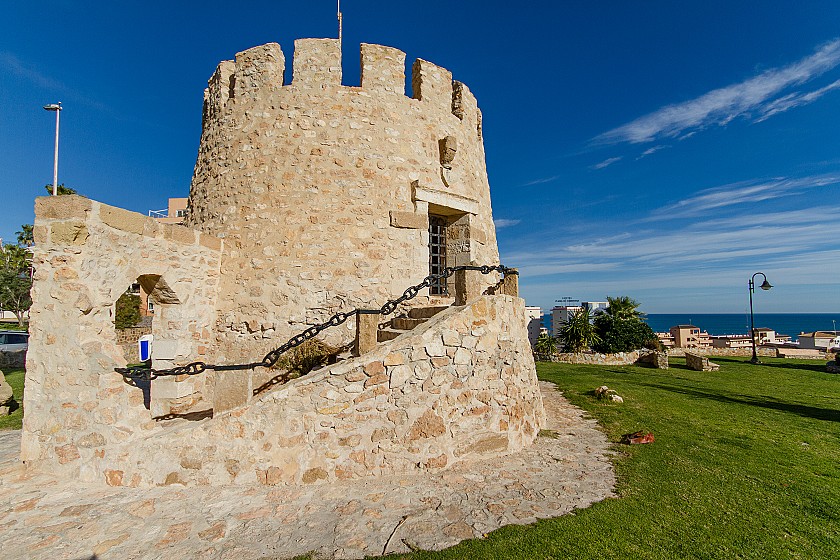 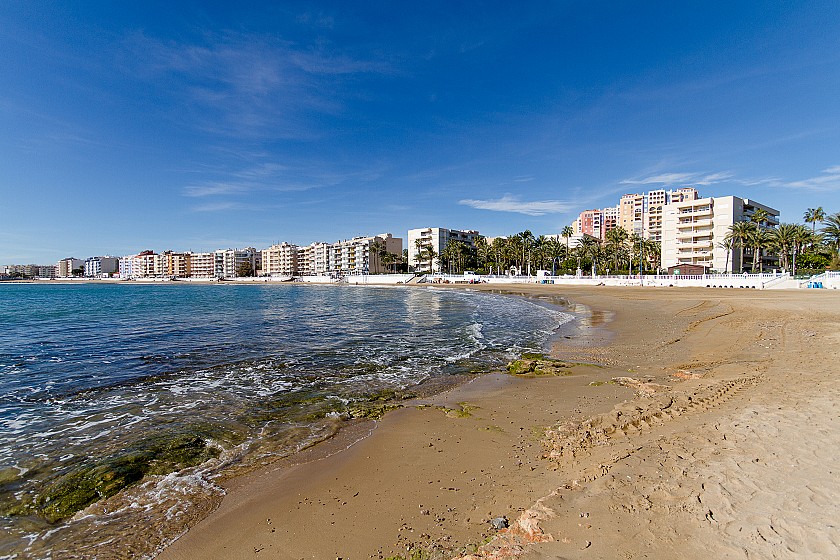 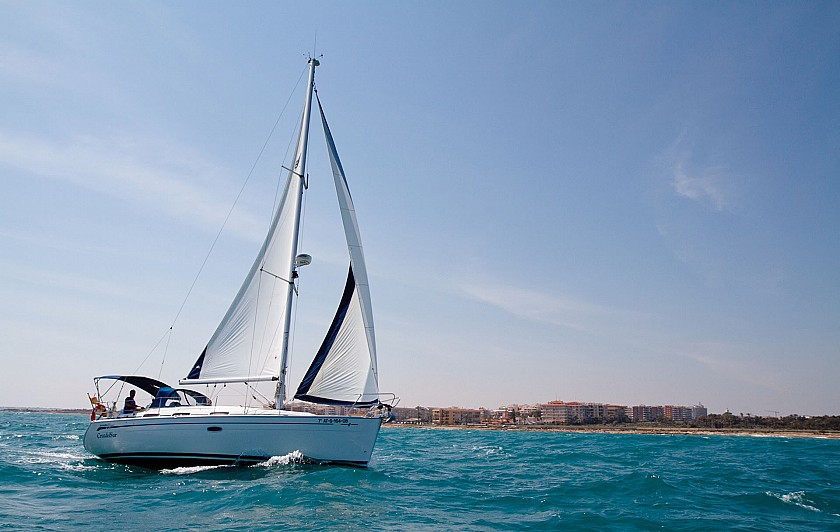 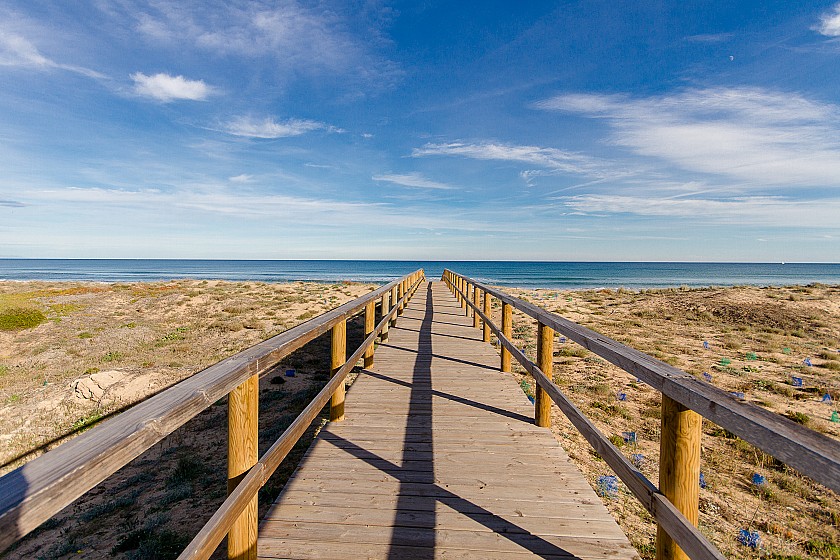 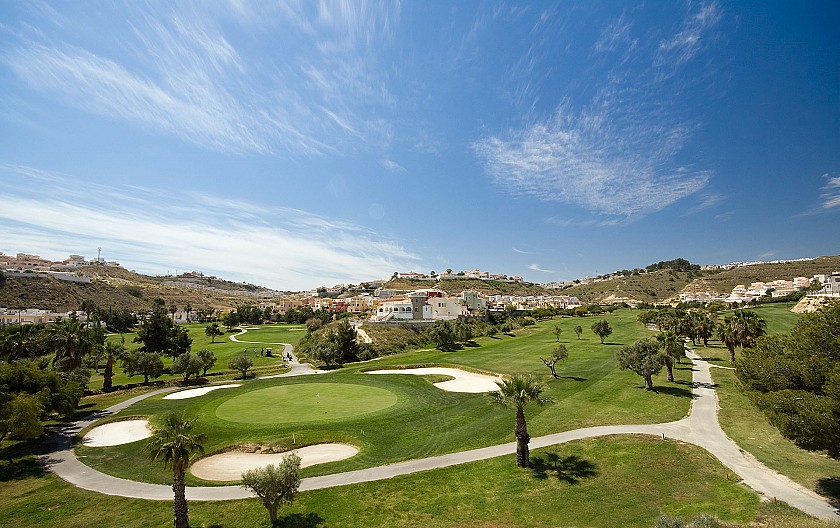 Spaniards are cheerful and festive people; therefore, it is no wonder that almost weekly there are local celebrations, known as “fiestas”, in the towns and cities of the Costa Blanca.  These fiestas normally last a week or two, as the streets are decorated and fun events and parties go on from sunrise to sundown.   These festivities are a staple of every town's local social life and are a unique experience for many of us foreigners in this beautiful and accommodating country.  In addition to the fiestas, there are many other festive occasions:

Spanish Christmas is celebrated in a different manner than in other European countries.  Spaniards historically have mostly only celebrated the day of the three kings, which takes place on the 7th of January instead of Christmas.  In the last decades Spaniards have also started to celebrate Christmas in a big way, and the 24th of December is a key day in the holiday schedule along with the 7th of January.  Around the Day of the Three Kings, there is normally a parade on the 5th of January and children are given gifts on the morning of the 6th.

The Medieval Festival is an ancient festival that usually takes place in February and is a fun experience for all the family.

Father’s Day, in Spain is celebrated on March 19th, the day of Saint Joseph, the father of the Jesuits.

Easter is for many Spaniards the most important celebration of the year, and for many tourists it's a unique experience to participate in the celebration.  Easter or “Semana Santa”, literally meaning Holy Week, is celebrated throughout the country in a passionate and uniquely local manner in every town and province of the country.  Easter is possibly the festive time with the most religious symbolism, as the famous Holy Week processions.

The Moors and Christian festivals are one of the liveliest festivals celebrated in Spain.  They are especially popular in the south of the Valencian Community, as towns divide dressing up as Moors and Christians to retell the ancient stories and battles that took place throughout these areas in the 11th to 13th centuries when Spanish Christians reconquered the area during the famous “Reconquista”

Mothers ' Day is celebrated the first Sunday in May and is many mothers favorite time of the year.

La Feria de Mayo or the May-festival is one of the more interesting festivals in Torrevieja, where the city's harbour is transformed into a center of joy and entertainment.  The festival, whose origins come from Andalucía, is an annual party dedicated to the arrival of summer, where people dressed in flamenco clothing, listen to good music, eat and drink good food and wines and enjoy an exciting and adventurous atmosphere.

Sailors day is celebrated on July 16th each year, but the guardian of the fishermen is the Saint Carmen.  Residents of coastal towns specially celebrate this day, and often there are sea goings available for those interested.  There is a lot of celebration in Torrevieja on this day, as the city has grown from being a small fisherman's village into a modern multinational city.

"Asunción de la Virgen" is the day of the Virgin Mary.  The day is celebrated 15 August each year and is a national holiday and has a strong spiritual element to it.

The National day of Spain is 12 October every year, which is the same day that Columbus reached America.

Constitution Day is 6 December, which is a holiday in the country to honour the Constitution of Spain signed this day in 1978.  This day marks a vital chapter in the country's history, and Spain's transition to become the modern European democratic country it is today. 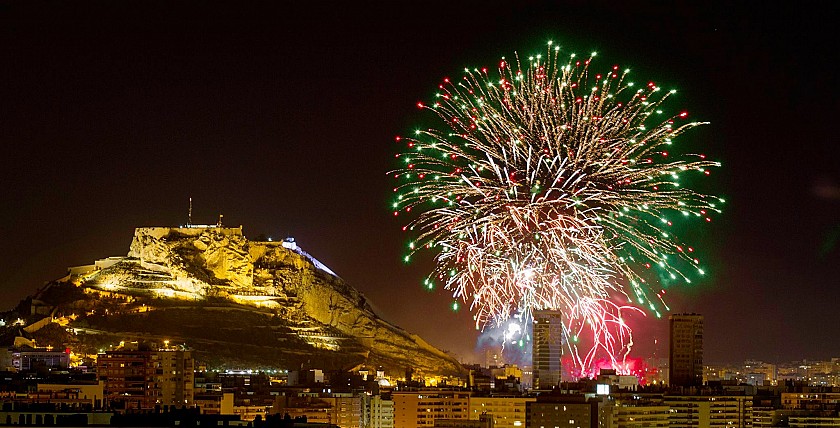 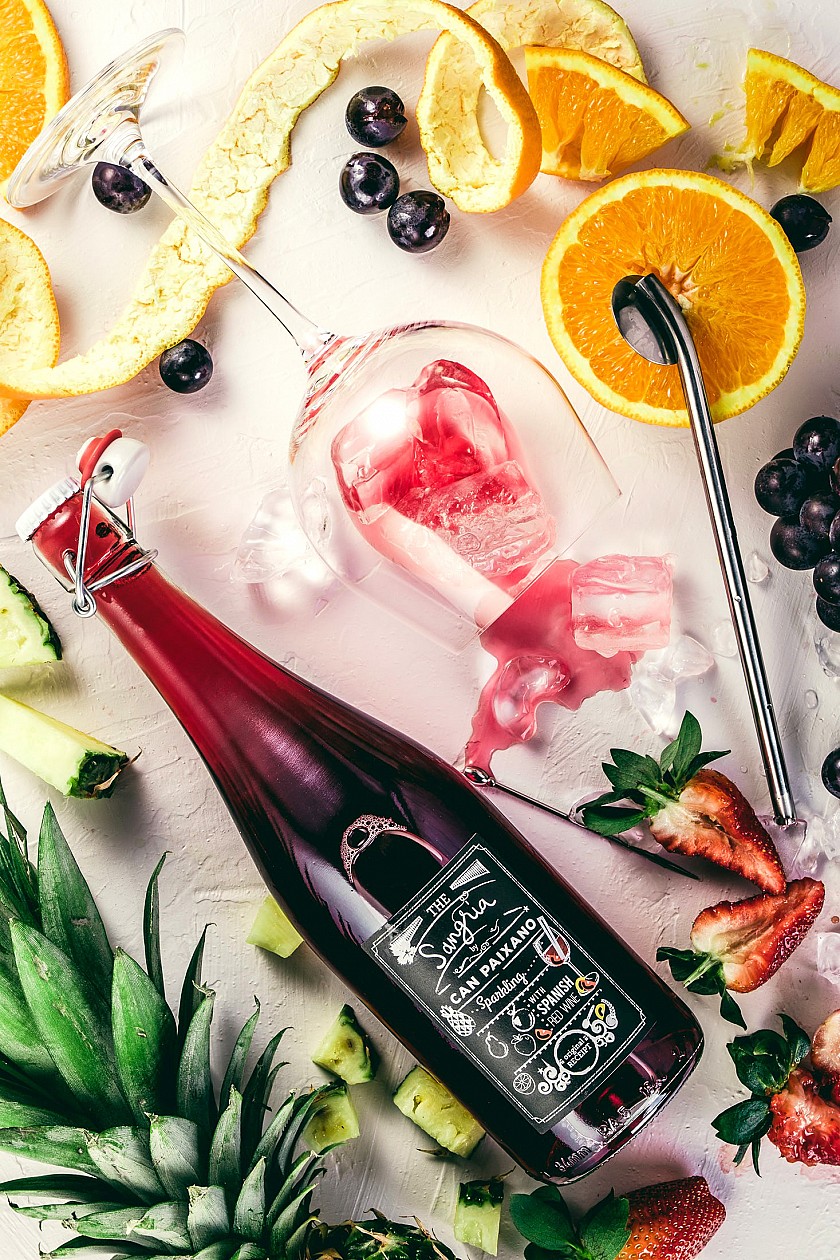 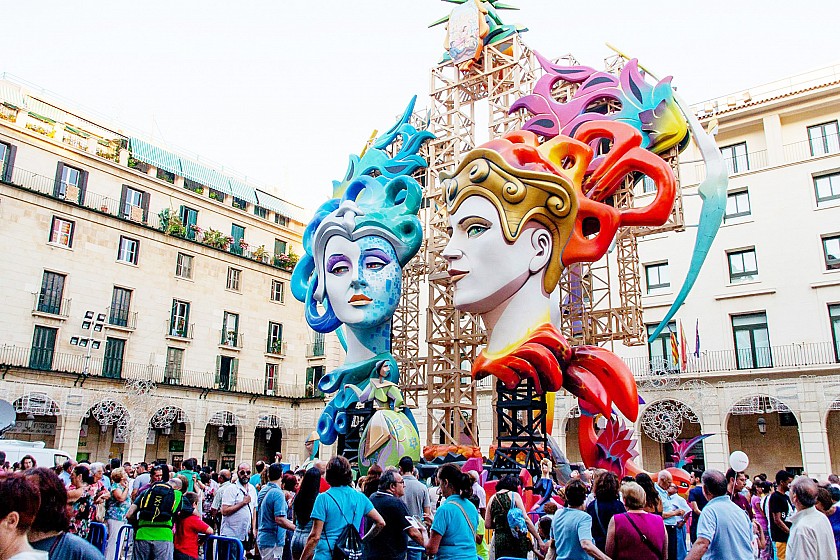 Weekly street markets are held across Spain every day of the week.  There you can find fresh fruits and vegetables directly from farmers, flowers, food, clothing, refreshments, and more.  If you want to see whether there is a market near you,  you can see below on which day of the week it is: 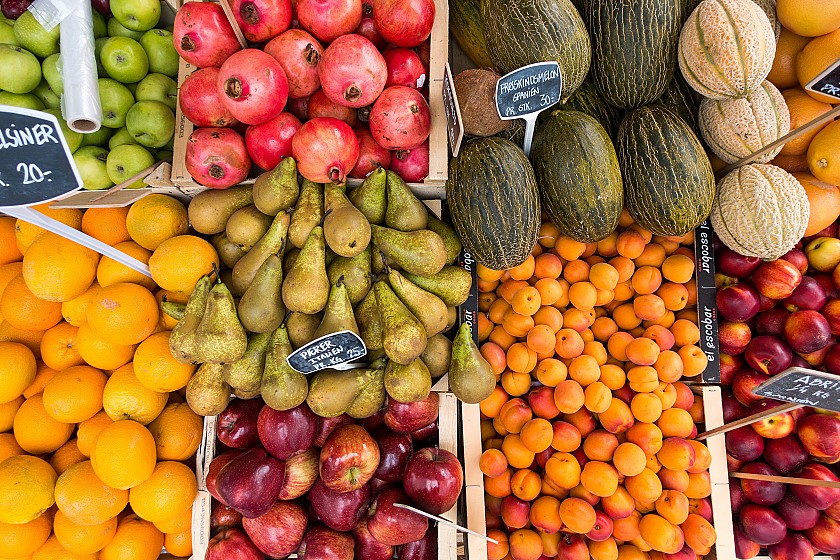